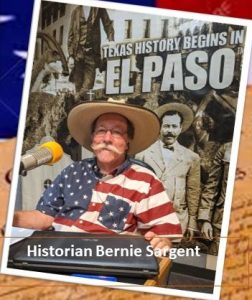 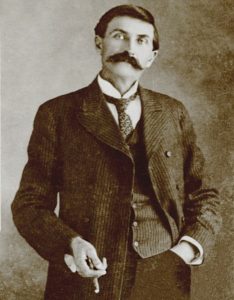 Bernie Sargent is our guest to discuss Lawmen of the border, like Pat Garrett

He is a legendary lawman of the border, the man who famously killed Billy the Kid. But did you know that Pat Garrett also had family members known for their accomplishments? Then there’s George Scarborough, the lawmen who killed the man who killed John Wesley Hardin. His children went on to make names for themselves. We don’t often think of Old West lawmen as family men, but they were, and their stories are part of El Paso’s rich history and heritage. On the Saturday, July 4 broadcast of “The El Paso History Radio Show” hosted by Jackson Polk and Melissa Sargent, historian Bernie Sargent is back with more El Paso history, A to Z, and a virtual July 4th parade of border lawmen and their families.